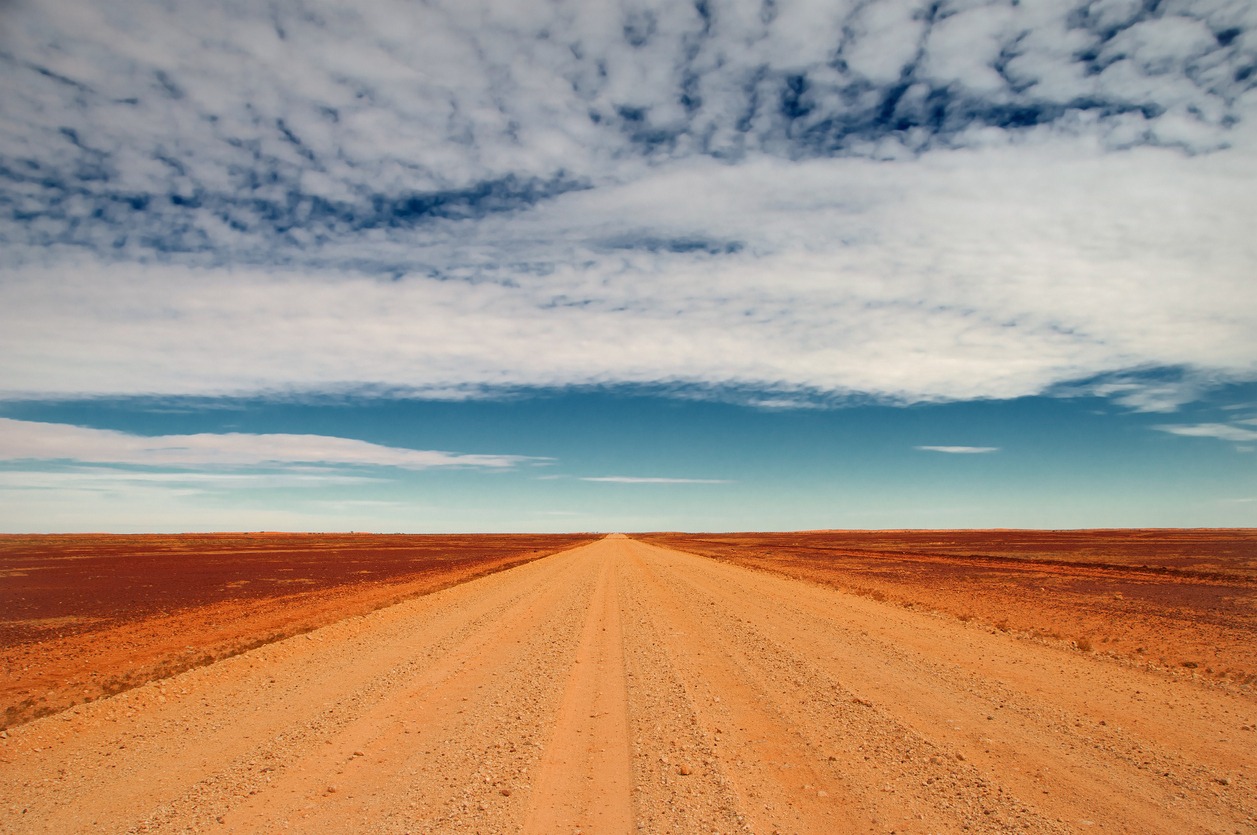 Australia is the host of many deadly creatures known to humankind. You probably know what that means if you’ve watched the movie, Back to the Outback. The question is, is Australia a dangerous place to live? The answer is no because the “land down under” is one of the world’s safest places. The crime rate is very low and is generally safe from natural disasters.

Australia is a country that most people want to visit. And although it is generally a peaceful country, there are still dangers that people must be aware of in case they want to visit or stay for good.

Dangers in the Waters 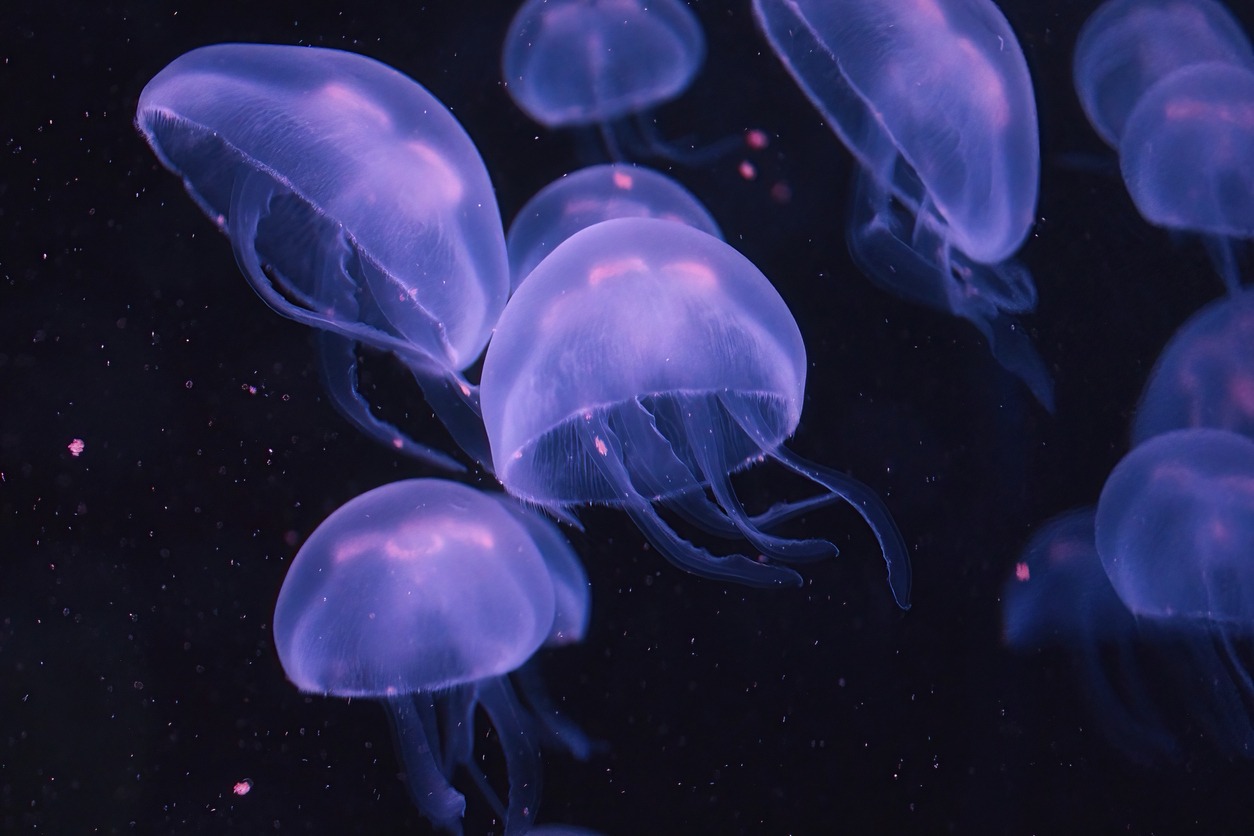 In the movie Finding Nemo, Dory made bouncing on box jellyfish look fun, but it’s no fun if you get stung by one of these. Also known as the “sea wasp,” this jellyfish produces an extremely strong venom that is not only extremely painful but can also be deadly.

This almost invisible jellyfish can be found in the Great Barrier Reef and the northern Australian waters. The venom in its long (which can reach up to 3 meters long) tentacles causes a heart attack and paralysis, often leading to drowning. It has around 60 tentacles, and each tentacle has around 5,000 stinging cells which transfer venom on touch. The seriousness of the sting depends on the size of both jellyfish and victim, and stingers are involved. Since 1883, more than 70 people have died from jellyfish stings.

The pain excruciates with an intense burning sensation like your skin was set on fire.

People who survive an encounter with the box jellyfish are left with some intense whips, often leaving scars. 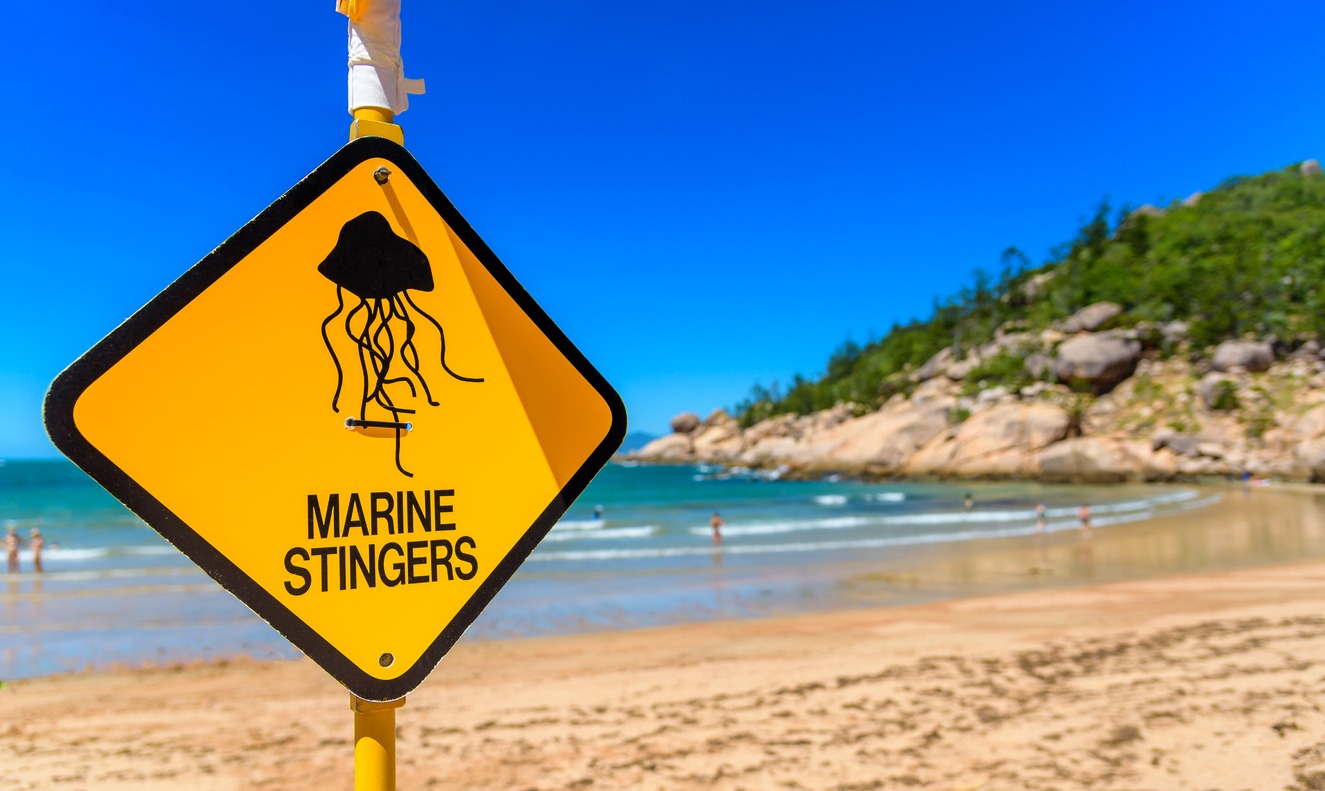 Unlike the box jellyfish, the sting of the Irukandji isn’t initially painful. However, symptoms develop within 30 minutes, including muscle cramps, severe pain in the back and kidneys, intense burning, headaches, nausea, restlessness, sweating, vomiting, increased heart rate, and blood pressure. 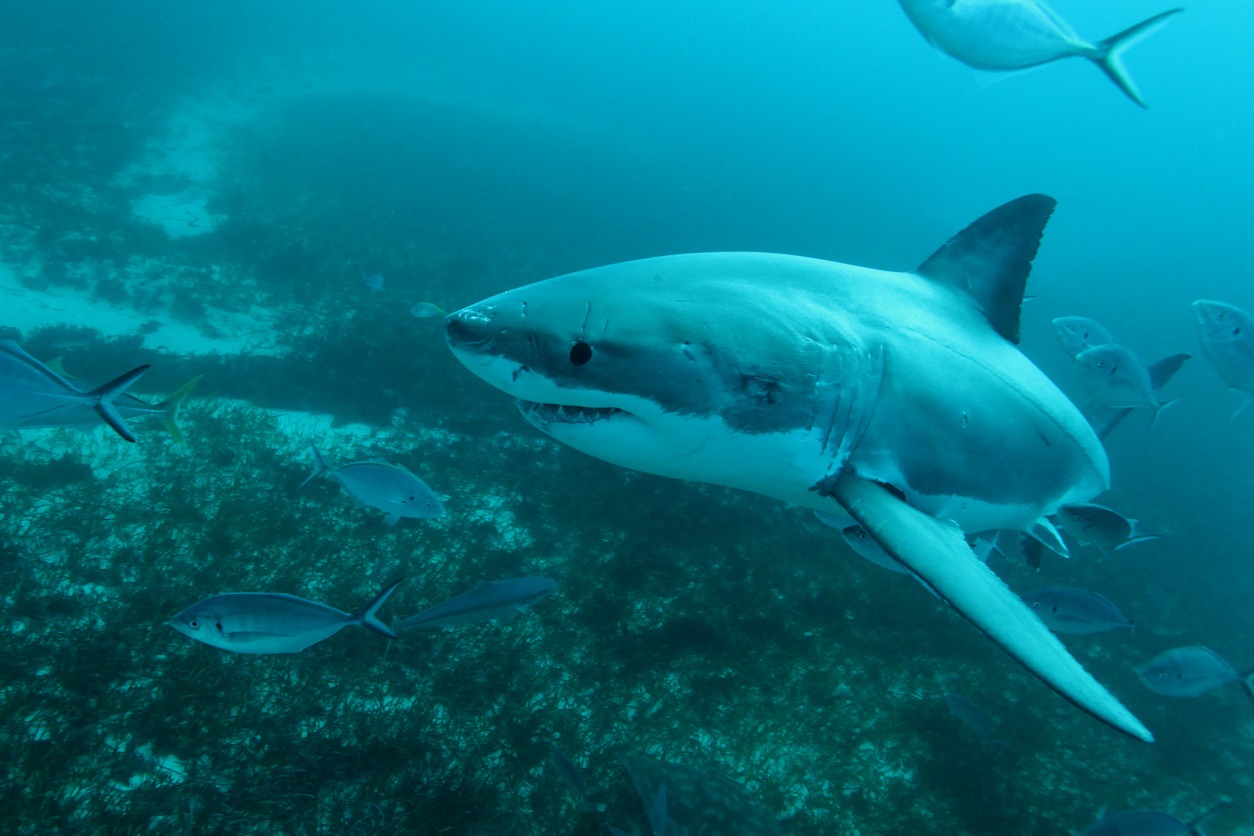 Well, the great white shark is dangerous anywhere they live. This shark can eat everything that moves and can detect electromagnetic fields from things with a pulse. If you want to go surfing in Australia, it is best to arm yourself with an electromagnetic device to repel them. 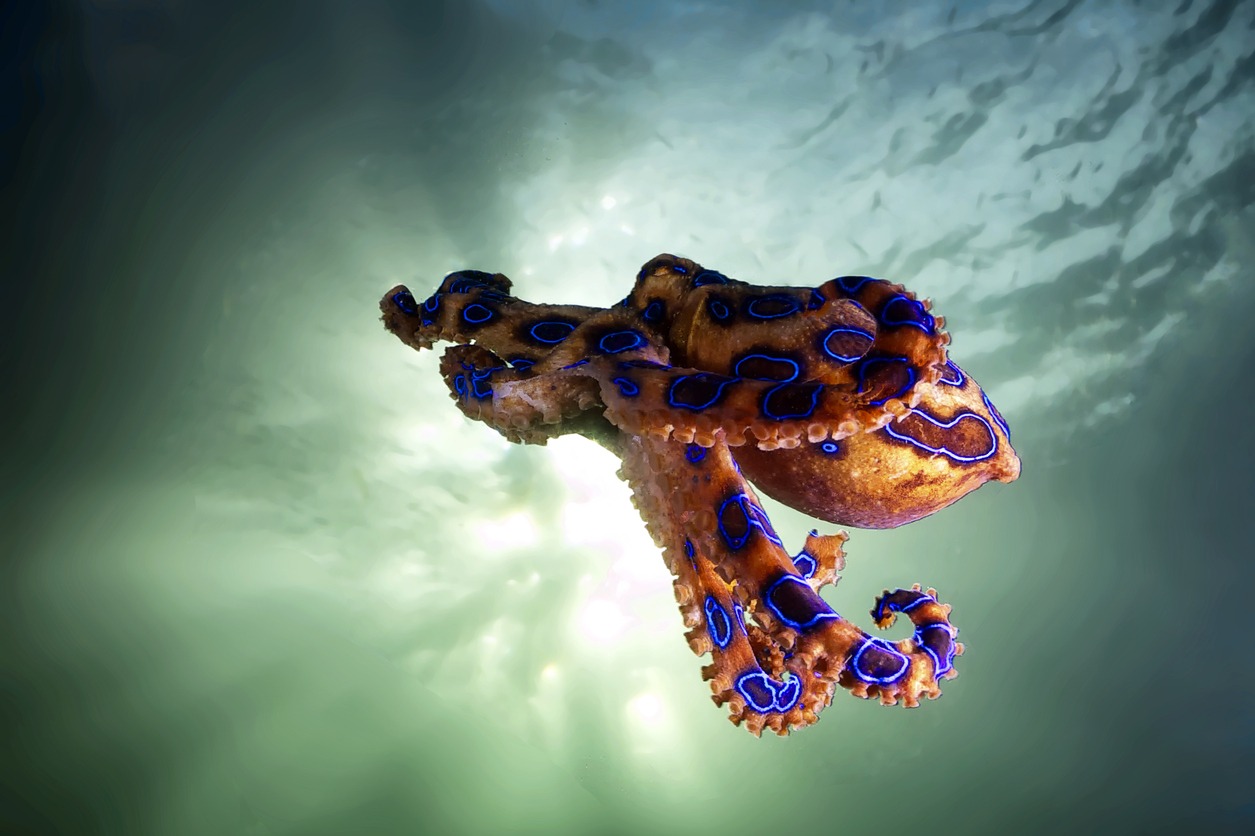 Never pick up a blue-ringed octopus in the water. This octopus is one of the most venomous creatures on earth. Although their bites are not painful, the victims just suddenly become paralyzed.

It is very dangerous, especially if you are alone, because severe envenomations can shut down the respiratory tract causing suffocation. Worse, there is still no known antivenom, so if you get bitten by a blue-ringed octopus, the only hope for your survival is you get rushed to a hospital to be put on a ventilator soon as possible. If you’re lucky to survive the first 24 hours, you have a high chance of making a full recovery. 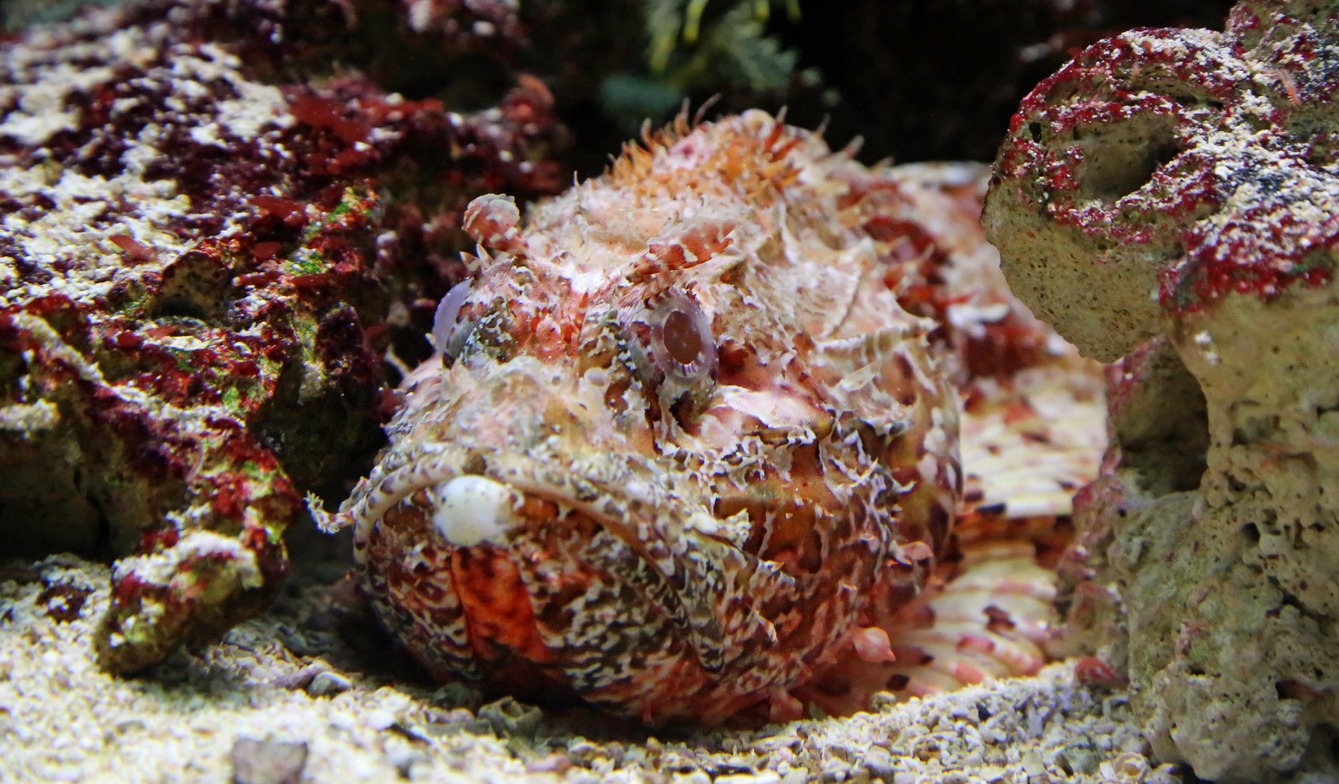 Aside from hosting the most venomous jellyfish and octopus in the world, Australia also hosts the most venomous fish. The stonefish have excellent camouflage capabilities; they look like rocks covered in coral and are difficult to see until someone steps on them. Then, it shoots venom through 13 spines into whoever or whatever pressed them. Stonefish can be out of the water for 24 hours and still survive, and they can still inject venom.

Although stonefish is slower than some other dangerous creatures in Australia, their venom can cause severe pain, heart failure, and eventually death in less than an hour. Fortunately, antivenom was developed in the 1950s; since then, there have been no known deaths. Stonefish antivenom is the second-most administered in Australia.

Lionfish can be found on the east coast of Australia. They use their poisonous fin rays to attack anyone they consider a threat. The venom will cause incredible pain, nausea, and sometimes paralysis. 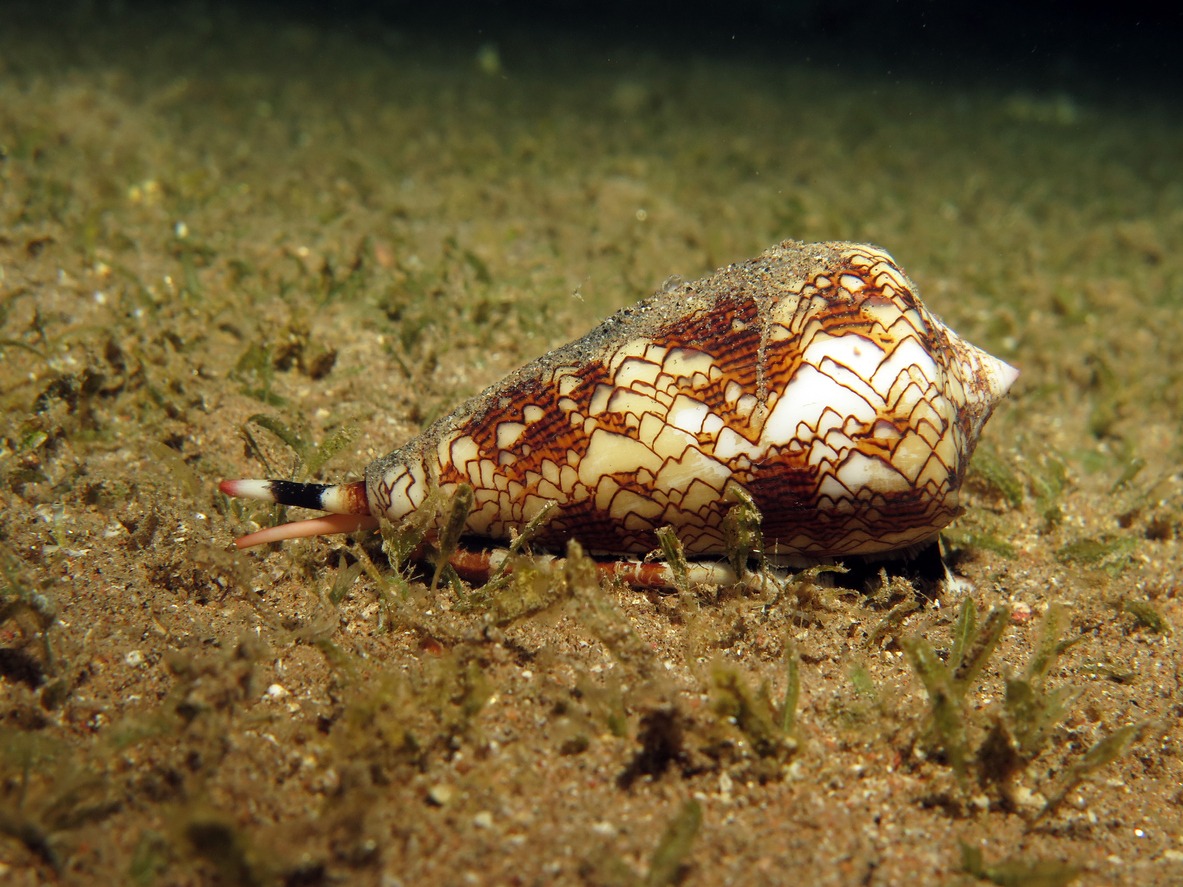 Cone snails, also known as harpoon snails, may look like pretty harmless shells but are one of Australia’s most deadly animals. The seafaring cone snail uses their harpoon-like tooth to shoot or inject venom at its prey which unfortunately can cut through gloves and wetsuits. The Cone snails’ venom can kill 15 humans within hours. They are also called “the cigarette snail” because once stung, you only have time to smoke a cigarette before you die.

They are usually encountered walking on the beach or wading in the water. 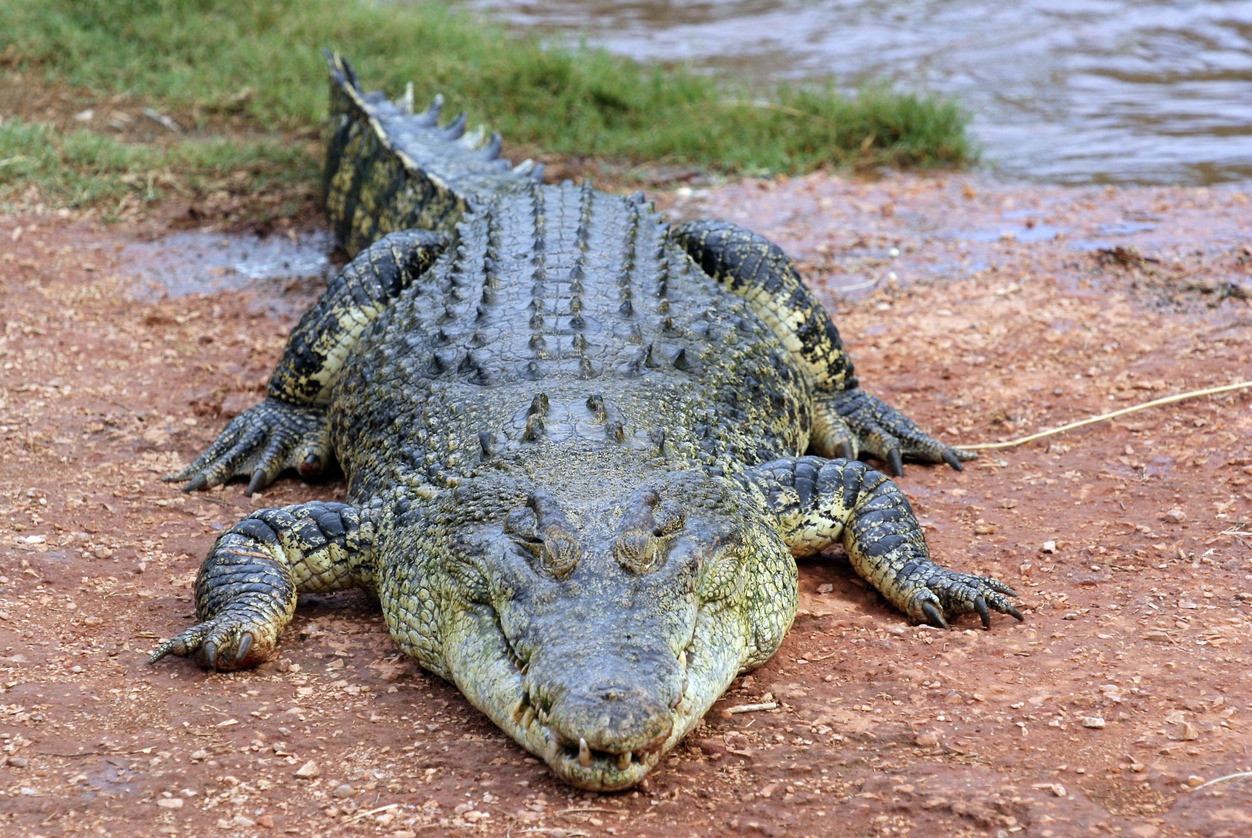 Unlike the previous creatures, the saltwater crocodile is not venomous, but they are the largest living reptile known in the world and one of the largest predator in the world that can grow as big as a small car.

They are dangerous because they have the most powerful bite in the animal kingdom, with a force of up to 16,414 N in one chomp, basically like an industrial compactor. They see people as food and can leap out of the water to capture an unsuspecting human for a meal. A total of 106 fatalities in Australia have been recorded due to saltwater crocodiles from 1971 to 2013. 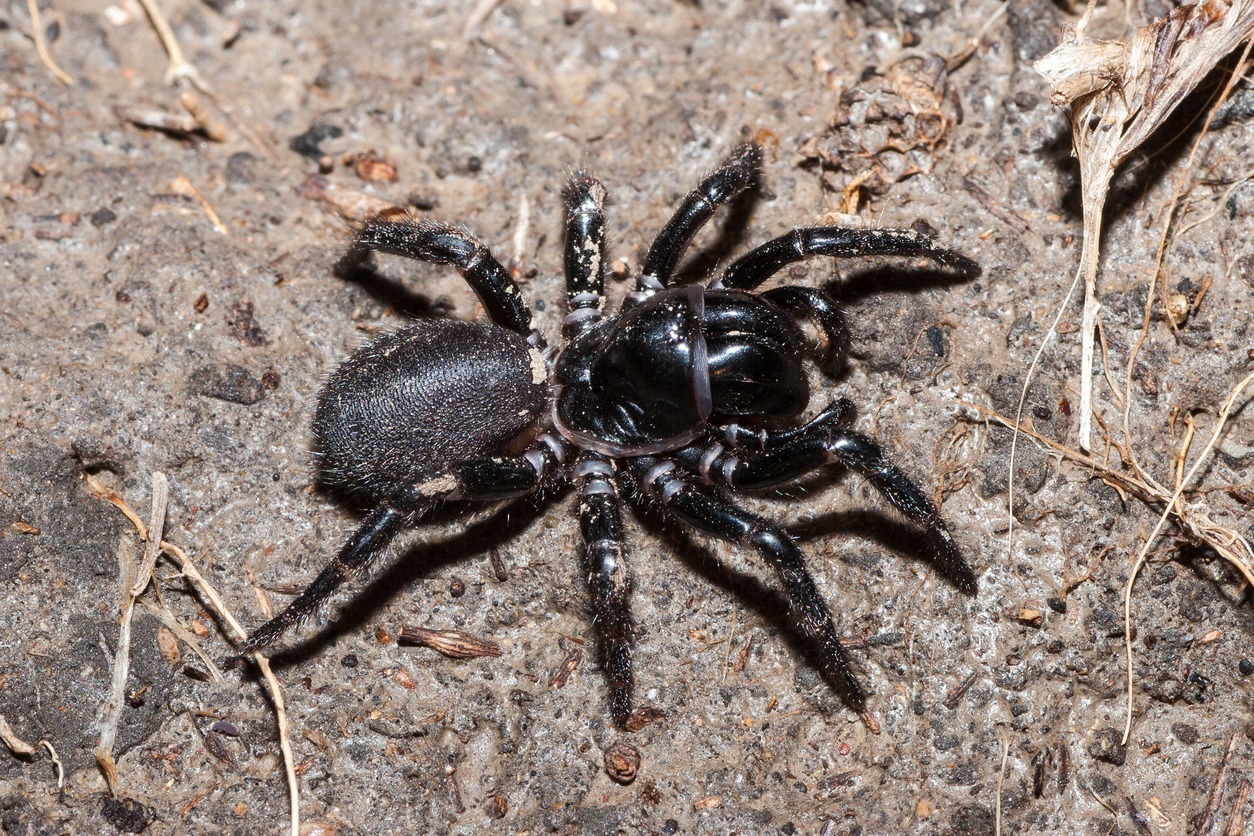 The Funnel-web Spiders are one of the most venomous spiders in the world, and as the name suggests, these spiders build funnel-shaped webs to trap prey. Victims instantly feel a terrible pain with tingling in the mouth and tongue, nausea, and shortness of breath.

People who get bitten feel a chill, goosebumps break out, the leg twitches, and sudden foaming at the mouth. Within minutes the victim starts to vomit before passing out.

The funnel-web spiders can be deadly if antivenom isn’t applied within 30 minutes. 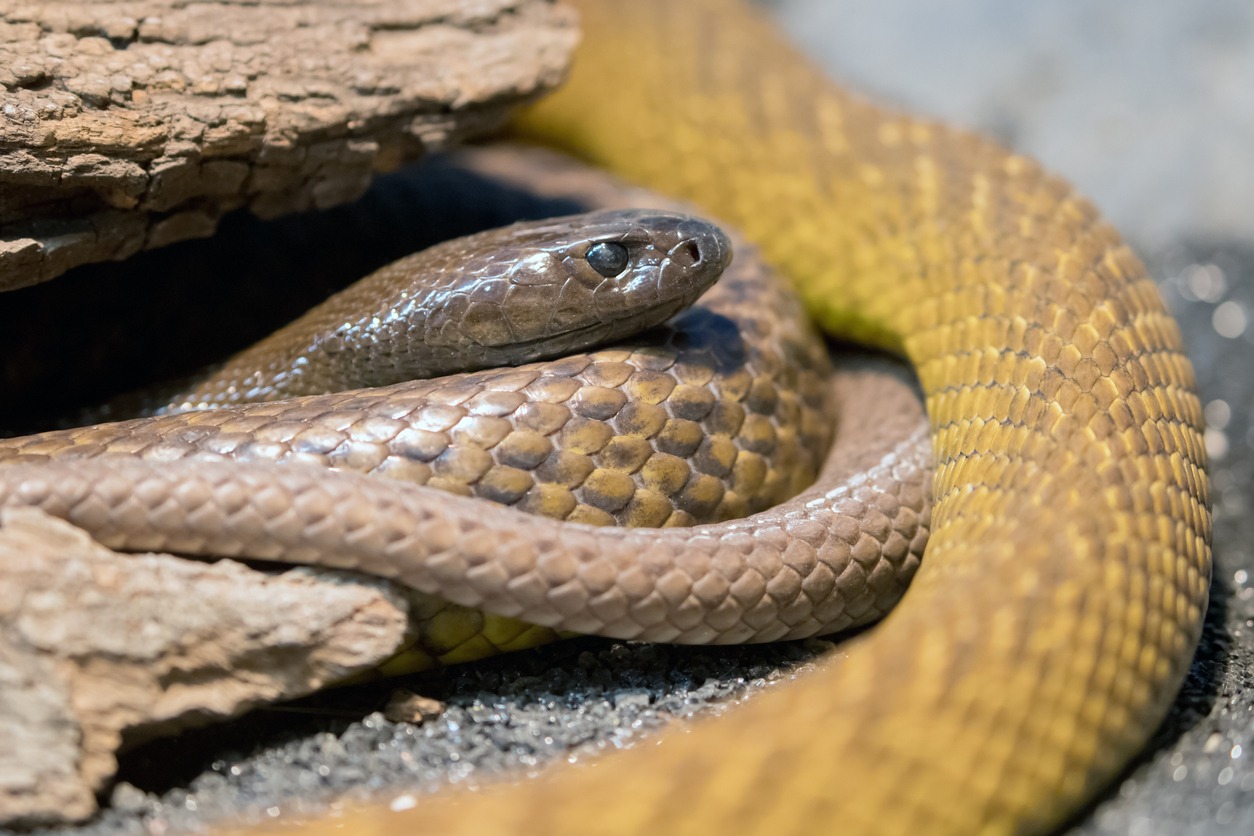 Australia hosts a lot of venomous creatures. It is also the home of the most venomous snake in the world, the Inland Taipan.

Its venom has dozens of chemicals that attack all aspects of the body, from blood to muscles, kidneys, and even the brain. Death can occur in just 30 minutes. Even with antivenom applied in time, plenty of lasting complications can come from its bite.

Good thing they are the shy type and would usually slither away from people. 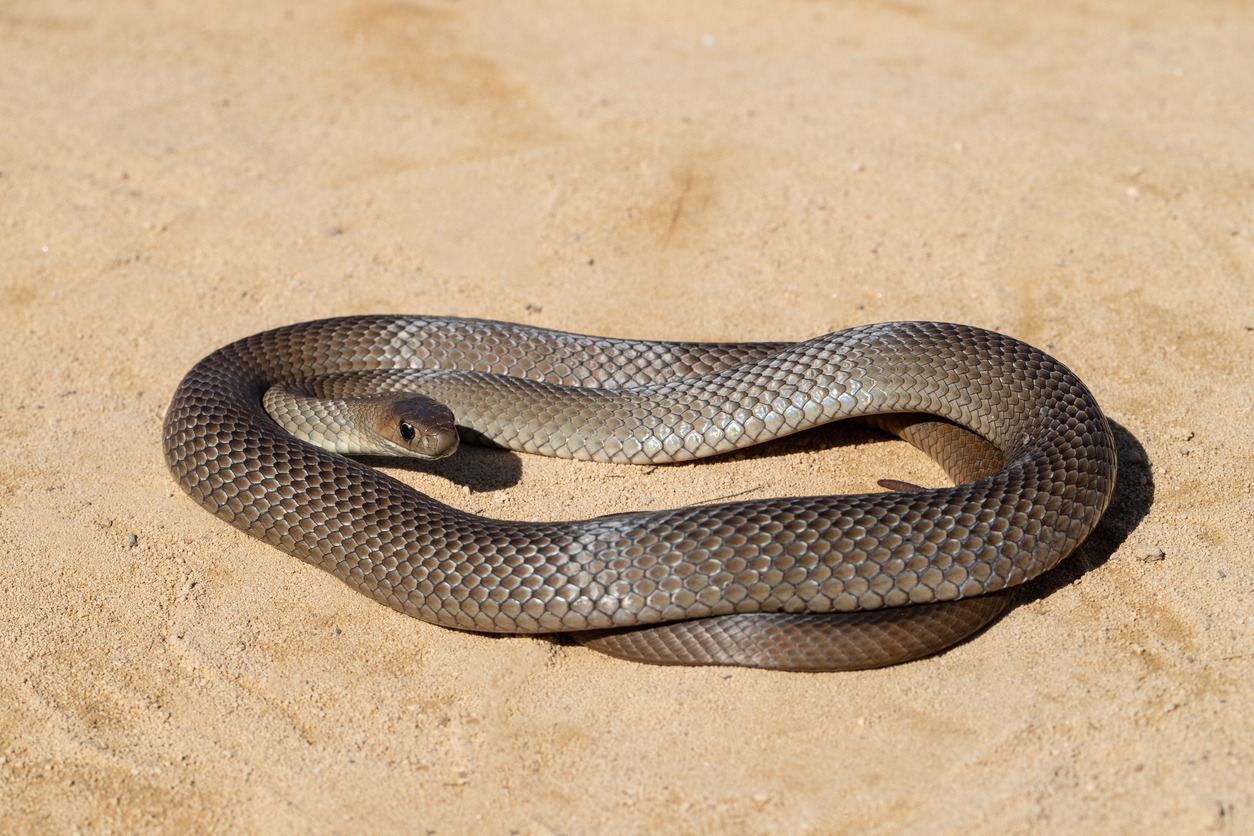 The brown snakes are responsible for around 60% of reported snake bites in Australia. The good news is that you have around 24 hours to get some antivenom.

Rip Currents and the Heat 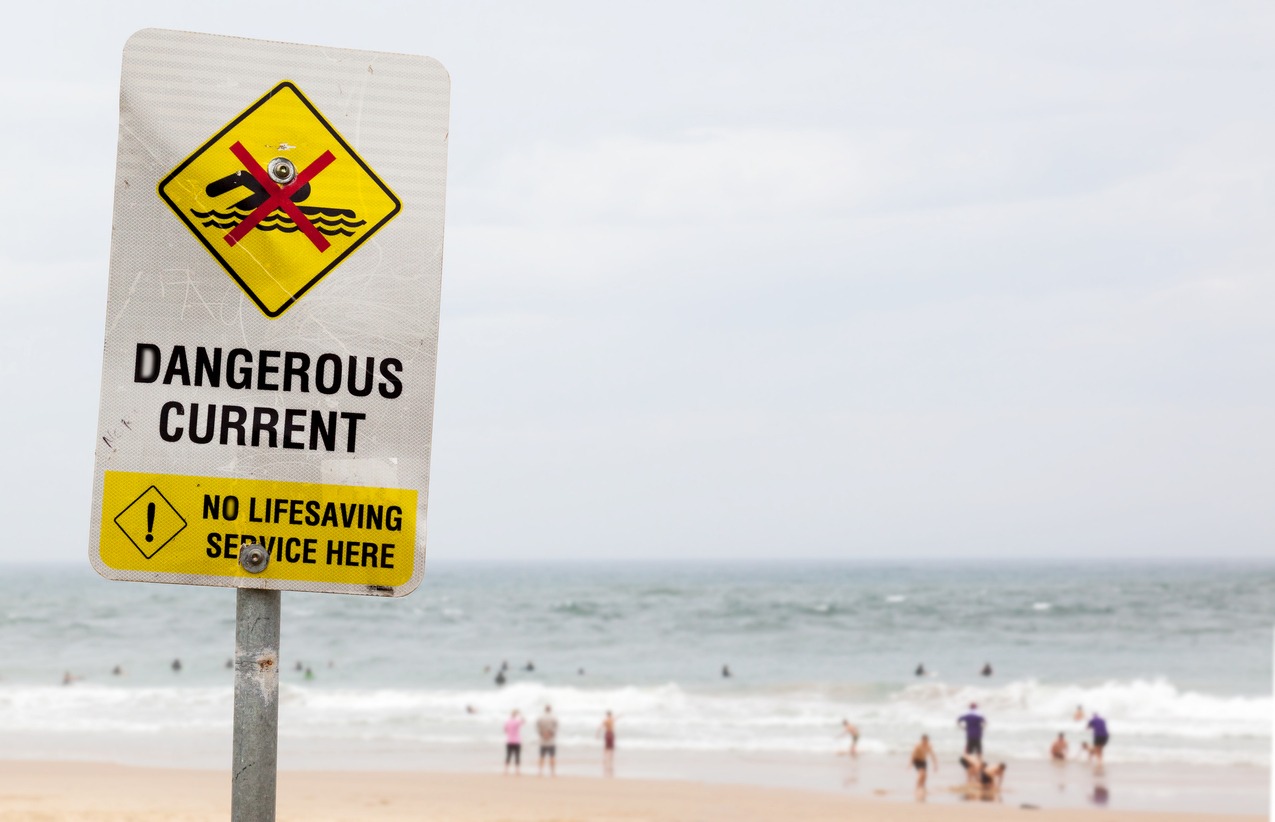 Many beaches in Australia have rips and powerful currents that can take swimmers out to the sea. It is considered the number one hazard on Australian beaches, not the sharks nor the venomous creatures in the sea). Many people have died because of panicking or trying to swim to get back to the shore.

Temperatures in the outback region, especially during summer in Australia, are very warm, reaching up to 122 °F. If the deadly creatures don’t get you, the heat might. Make sure you are hydrated.

The danger lurks anywhere, not just in Australia, so it is better to be prepared. If you want to go swimming, make sure you have someone with you just in case you might need help.