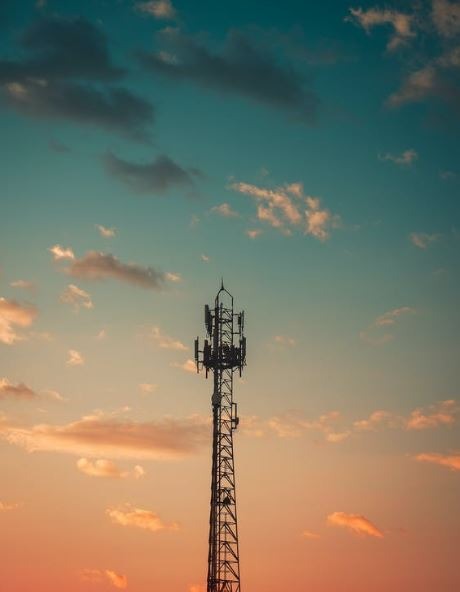 Like the rest of the globe, people in Perth use the services provided by telecom providers. These are the top cell companies in Perth, Australia, whether you plan to live here or are simply curious about them.

And as we’re on the subject of cell companies, look here for more information about what is a cell tower.

Vodafone Australia is a telecommunications company based in Australia that offers mobile and fixed internet services. Vodafone’s mobile network reaches over 23 million Australians, and the company has begun rolling out its 5G network. Fixed broadband services from Vodafone are provided in a limited number of regional hubs and capital cities.

With 5.8 million users as of 2020, the firm is Australia’s third-largest wireless carrier. Following the merger of TPG Corporation Limited and Vodafone Hutchison Australia Limited in July 2020, Vodafone Australia became a subsidiary of TPG Telecom.

Telstra has a lengthy history in Australia, having started as the Postmaster-Department General’s in 1901 with Australia Post. After transitioning from a state-owned corporation to a completely privatized company, Telstra has recently focused on developing technology and diverse offerings.

Singtel Optus Pty Limited (often known as Optus) is an Australian telecommunications corporation headquartered in Macquarie Park, New South Wales. It is the second-largest wireless provider in Australia, with over 10 million subscribers as of 2019. It is a wholly-owned subsidiary of Singtel.

The company operates under the Optus brand and has various wholly-owned subsidiaries, including Alphawest in the ICT industry and Uecomm in the network services market. Optus primarily owns and runs its network infrastructure to provide services; it does so directly to end-users and as a wholesaler to other service providers like Amaysim and Exetel.

It offers wireless and broadband internet services under the Optus ‘Yes’ brand. Satellite and 4G Mobile are two other wholesale services. Mobile, wholesale, business, and consumer & multimedia are the four major divisions of Optus.

Nokia Corporation, founded in 1865, is a multinational Finnish information technology, telecommunications, and consumer electronics corporation. Nokia’s primary offices are in Espoo, Finland, which is part of the wider Helsinki metropolitan area, while the company’s origins are in the Pirkanmaa region of Tampere.

Over the last 150 years, the organization has worked in various industries. It began as a pulp mill long connected with cables and rubber, but it has shifted its attention to technological research, large-scale telecommunications infrastructure, and licensing since the 1990s. Nokia contributed significantly to creating the 3G, GSM, and LTE standards in the mobile communication market.

BT Group plc, headquartered in London, England, is a British international telecommunications holding company. It is the leading provider of broadband, fixed-line, and mobile services in the UK, along with IT services and subscription television. It has operations in about 180 countries.

MiX Telematics provides Software-as-a-Service (SaaS) solutions to customers in more than 120 countries. Over 130 channel partners and hundreds of thousands of clients worldwide have contributed to the company’s success.

Customers can use MiX Telematics’ solutions and services to actively manage their mobile assets while also gaining useful insights that can be applied throughout the entire company.

Motorola Solutions, Inc. is an American telecommunications equipment and data communications company that took over from Motorola, Inc. after the mobile phone segment was spun off into Motorola Mobility in 2011. Chicago, Illinois, is the company’s headquarters.

The company is a global leader in enterprise security and public safety. Their video security and access control, land mobile radio mission-critical communications, and command center software solutions, backed by managed and support services, form the most comprehensive technology ecosystem for making communities safer and businesses more secure and productive—Motorola Solutions ushers in a new era in public safety and security.

Vocus is a New Zealand and Australian telecommunications company that offers wholesale, retail, and corporate telecommunications services. Large, mid, and corporate enterprises can get data network services like unified communications and telephone, the internet, IP WAN, dark fiber, and cloud services directly from the corporation, which also operates as a wholesaler. The Vocus Group owns and maintains 18 data centers in New Zealand and Australia and an onshore network operations center maintained by the network’s architects.

Diversified is a prominent worldwide technology solutions supplier with a full portfolio of products to connect today’s leading businesses to the global marketplace. Their large yet distinct team of industry experts works with clients from various industries to help them improve their operations, increase productivity, achieve the highest levels of performance, and increase ROI.

Diversified, founded in 1993, has grown to become a global partner with over 30 offices serving a broad and dynamic global customer. Diversified is a dedicated technology solutions partner to connect people with all of their organization’s technology objectives, whether it’s connecting organizations with effective collaboration, fans with the game, media networks with viewers, facilities with peace of mind, brands with their audience, or enterprises with reliable technology infrastructure.

NBN Co Limited, or simply NBN, is an Australian government-owned corporation entrusted with designing, building, and operating Australia’s National Broadband Network as the country’s wholesale broadband provider. The corporation is accountable to two ministers who are also shareholders: the Minister of Communications and the Minister of Finance.