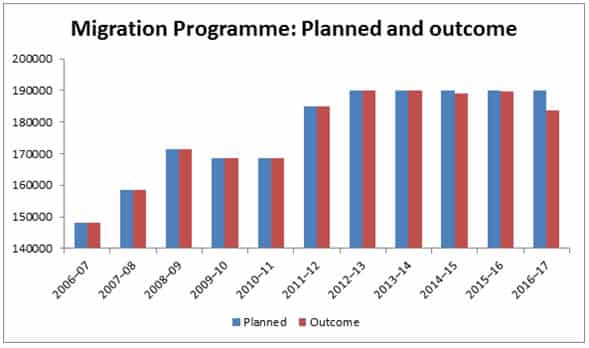 by Janine and Andrew
(Perth)

Why move to Perth? Well, we have family here who moved to Australia twenty something years ago. So since 1999, our first visit, we had been chatting over the Australia v UK thing. We decided we were unsure and we didn’t do much about it. A great piece of advice came from Janine’s Dad in England.

“There’s no harm in applying – the visa is valid for 5years and it has got to be worth having a visa in your hand to be able to jump and go when you want to. and if after 5 years you are still here, then you don’t want to go”

So we still did research and sought out a few agents and asked for there opinions etc… but they didn’t know much about the Financial qualifications for a Financial Adviser and weren’t that convinced.

Eventually, we applied to VETASSESS for a skills assessment ourselves based on Financial Planning Cert 1,2 and 3. The application was unsuccessful.:-( We were disappointed, but such is life and we weren’t that surprised.

However the thoughts never went away, and Andrew went on to study for the advanced level qualifications….partly for the visa and partly for current job enhancement. He passed and we liaised with another migration agent in Perth who to be fair, was the only one open to much conversation pre-contract. We instructed her to do another skills assessment but negotiated a reduced fee based on some ambiguity around Finance. I must say that after we instructed this agent, the help was less forthcoming and actually we don’t feel the work was worth the money as we still did all the running around. We got the result we wanted though but did not continue the process with her.

We applied ourselves for the full Skilled-Sponsored visa just in time for Christmas post deadline; December 19 2005. In May, 2006, we received a request for medicals to be undertaken and the sponsor to attend an interview. We received the final visa on July 5th 2006. A very straight forward application. It is easy enough to do if you have pretty clear cut situations. We had no complicated family issues, no job inconsistencies, no medical issues, a very basic application. You can get all the information you need on the immigration website. it really does have everything you need to know – just check it and check it again. Just pay for certified copies without a thought and just do it.

So there we are. We had visited Perth some 3 since 1999 and each time, we had balanced views. Janine had more reservations about leaving family behind and whether she actually wanted to be in Australia. Nowhere is the land of milk and honey or the golden egg. Andrew had less to worry about having equal family on both side of the water. However it was agreed that we were too scared to move and too scared not too………and so entering the unknown was the only way to go.

We decided to put our house nr Bournemouth on the market at a cheeky price thinking it wouldn’t sell too quick, but it did!! The planned validation trip turned into a full blown final move in February 2007.

In the week preceding the move, we had a 2nd birthday for our son and a wedding the other end of the country through the country wide snow, the shippers came in – John Mason – they were pretty good but made some pretty daft packing mistakes!! Nothing major broken though.

We found a rental pretty quick in Aubin Grove after staying with family, bought a car, checked out Brisbane (not so keen), and tried to crack on with new life. Janine wanted Secret Harbour to live in but it was too far from the city for Andrew to potentially commute to and Aubin Grove was perfect for that. We were so easily accepted without formally applying that we were really lucky, the house was fine and big and new.

Andrew secured a great job with the first company he applied to with a Finance Company in the city after jumping through the rigorous hoops! He did need to study hard and quickly though to gain the Australian equivalent of his UK qualifications. He now has his Diploma, his PS146 which allows him to be free to advise. He cant advise without it. It is worth, if possible, to get a head start on this before arriving as it can be a catch 22 situation. However, he is loving his role, the city, the people he works with, his social life.

Janine however is having a different time having given up a job which she worked hard for and got paid well for (though admittedly not loving).

” I have gone from having a wonderful work/life balance with my family and child care around to having to do it all on my own. It’s hard not contributing and Andrew does much longer days with the commuting than he used to”.

Janine does like it that she is giving Australia a go, but still isn’t sold on Australia and even felt the need to go back to England with their son for 7 weeks. Coming back, Janine decided that she likes both places equally. The south of England has a lot to offer and they had a good life there, with the beach just as close by, the forest close by, not inner city living etc etc.

“We have been here 9 months now and I still have frequent regrets that I have given up too much but I haven’t found my role yet. I haven’t got my mojo yet!!!”

We do feel that Australia is more expensive than you might think:-

We are in the process of building a house, having bought the land, and that should be complete in just under a year. We stayed with Aubin Grove as it’s so easy to get to everywhere, but it’s not our everlasting home. It’s a start. We may build again. We may move back to England. Who knows? Never say never to anything.

After 9 months, I can say that things still feel very temporary somehow. We both miss certain things, but Janine doesn’t feel the distance from family and friends is as bad as she thought she might. People are only a phone call away and it’s easy to go back if you want to.

Join in and write your own page! It’s easy to do. How? Simply click here to return to migration-story-skilled.