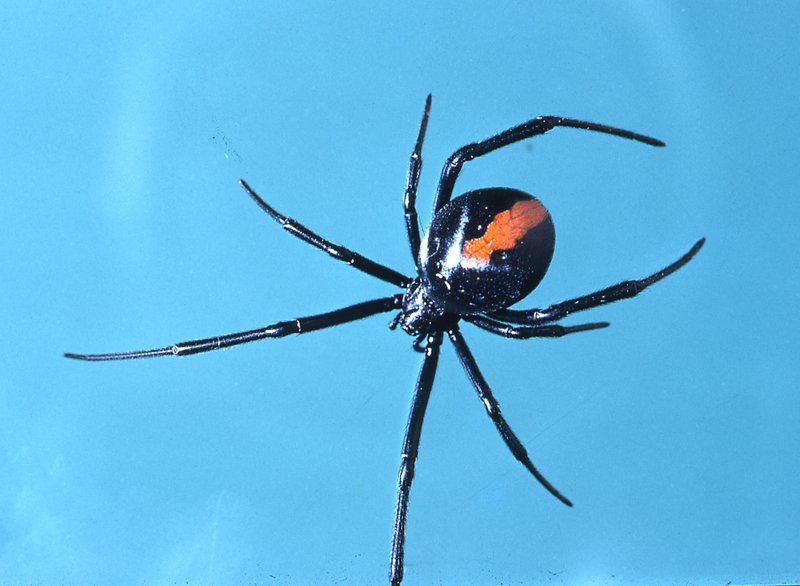 In the UK we don’t get the Red Back Spider or any dangerous spiders (well unless they are in a zoo or perhaps being kept as pets) but in Australia it is different.

Many migrants arriving in Perth have concerns about spiders. This is understandable, Australia is known for some of the worlds deadliest spiders.

Lucky for you many live on the East Coast and not in Perth.

The Redback Spider (Latrodectus Hasselti) is a close relative of the Black Widow found in the US and is found in Western Australia and throughout Australia.

The redback is not a large spider the body being about the size of my thumb nail. The female red back Spider is distincitve by the red stripe on her back while the mail is black all over.

You can spot a Red Back web (which is only woven by the female) as it is messy funnel-like web.

You can spot a Red Back web (which is only woven by the female) as it is messy funnel-like web.

They can be found often in sheds, letter boxes, undersides of seats, and rubbish, such as empty cans. Oh and always check under the seat of a public toilet as this too can be a favourite hiding place for them.

Huntsman spiders are large, long-legged spiders, measuring up to 15 cm across the legs.

To you the huntsman may perhaps look like a tarantula but they are relatively harmless and are in fact good to have around as they prey on red backs.

The white-tail spider is only small but can give a very painful bite leaving venom behind that will rot your flesh.

However, don’t be alarmed, there is an ongoing debate about cases of severe ulcerative skin lesions seen in patients diagnosed as probable White Tail spider bite victims.

In general, there is no direct evidence of spider bite available. The White-tailed Spider has gotten it’s bad reputation from the media reporting of such cases of severe “necrotising arachnidism”.

Over in Australia they also have a spider called the daddy long-legs. It is similar in looks to the species found in the UK only it has no wings.

Although the most poisonous spider in Western Australia (or it could be a myth) the daddy long-legs is not a threat to humans as its fangs are not strong enough to pierce human skin. They are a good spider to leave about the house as they help to keep other spiders away.