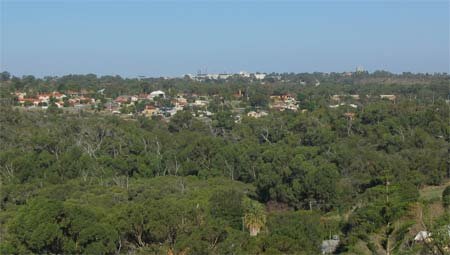 The Perth suburb Waterman is sometimes referred to as “Watermans Bay” its original name after Alfred Waterman, a fisherman who built the first house in the area in 1908.

Waterman is A Coastal Suburb surounded by the Ocean on the West, and Marmion Ave to the East with neighbouring suburb Carine. North Beach Road and the Suburb of Northbeach (to the South) and the Suburb of Marmion (to the North).

The Perth suburb Waterman was originally part of an estate which the Hamersley family acquired in 1837. The area was subdivided as the Mt Flora Estates in 1918; however, initial development was largely limited to holiday shacks.

The pace of growth in Waterman increased after World War II, and by the late 1960’s the area had reached its development potential. In recognition of this growth, the townsite was gazetted in 1964.

Some redevelopment began in the 1970’s, with new homes replacing holiday shacks. Many of the street names in the Perth suburb Waterman honour members of the Hamersley family, including Ethel, Margaret, Mary and Ada.

Single detached houses predominate in the Perth suburb of Waterman, though there are some duplexes and unit developments centring on Elsie Street. Some of these were constructed in the late 1970’s, when replacement of old housing stock commenced.

Average lot sizes used to be around 1012 m2 , though there are several larger blocks along the foreshore. However with rezoning these are becoming smaller as the density of residential property on the area increases.

The Star Swamp Reserve is of regional significance and occupies a large portion of Waterman. This area provides the local and wider community with a unique recreational area which contains a diverse range of indigenous flora and fauna.

Waterman also contains a number of small parks and recreation areas, including Watermans Beach and Laurie Strutt Reserve. The latter contains the Water Tower Museum, which was converted from its former use in 1986 and now details the region’s history.

Commercial development in Waterman is limited to a small retail outlet on West Coast Drive which provides convenience goods for local residents.

The suburb also contains the Euroka Village, which cares for senior citizens.

Click the map below to explore the Perth suburb Waterman

Coastline: The beach is the most prominent feature of Waterman and remains a significant focus for development.

Water Tower: Waterman Water Tower is at the highest point of the suburb and was built in 1940 to provide scheme water to the surrounding areas. After the tank became redundant it was converted to a museum and is a great place to go to see views over the surrounding suburbs. You can even see Perth in the distance.

Star Swamp: The Star Swamp bushland was declared an “A” Class Reserve by the State Government in 1987 and covers an area of about 96 hectares.