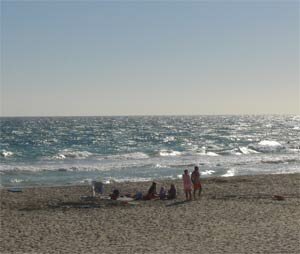 Like the small island off the coast of this area, the Perth suburb of Trigg was named after Henry Trigg, who was appointed Superintendent of Public Works for the Swan River Colony in 1842.

Scarborough is A Coastal Suburb surounded by the Ocean on the West, and Marmion Ave to the East with neighbouring suburb Carine. North Beach Road and the Suburb of Northbeach (to the South) and the Suburb of Marmion (to the North).

Land at Trigg remained largely vacant until 1877, when the first grants were taken up. A scheme attempted by developers from Sydney in 1888 divided a large area into one-eighth-of-an-acre lots, but resulted in failure.

By 1919 there were only three buildings in the locality, and holiday and fishing shacks did not begin to appear until the 1920’s. The Perth suburb of Trigg eventually started to be formally developed in the late 1940’s, when 1 888 lots were subdivided and sold.

Many of the streets in the area were named after former residents and pioneers, as well as local personalities.

There are a small number of duplex developments in Trigg, while many of the homes along the coast have been built in elegant Mediterranean styles.

Residential development in the Perth suburb of Trigg is largely dominated by single detached dwellings on individual lots.

The style and form of housing in the area varies considerably, ranging from older holiday shacks and workers’ dwellings to large modern housing developments.

Retail facilities are provided by the Lynn Street Shops, located on the north eastern boundary of the suburb.

There is also some retail development within the Trigg Lifesaving Club on the ocean foreshore.

The Perth suburb of Trigg has a large quantity of public open space, the most significant area being the Trigg Bushland Reserve which runs through the centre of the suburb.

There are also several smaller parks, and the beaches provide a well-utilised recreation area. Trigg Beach is particularly well known for its good surfing conditions.

Click the map below to explore the Perth suburb Trigg

Trigg Beach: Trigg Beach is one of the most popular beaches in Western Australia. It is used for many sports, including surfing and passive recreational pursuits such as swimming and sunbathing.

Trigg Island: The island is a focal point for Trigg Beach and a popular fishing destination.