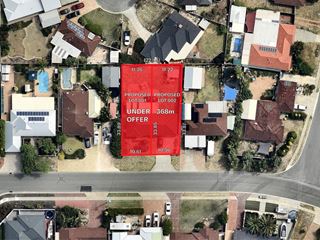 The Perth suburb Heathridge has a descriptive suburb name, chosen because of the heath type vegetation growing on the sand ridges in the area.

The Perth Suburb of Heathridge is situated one suburb from the coast. It is 23Km North of Perth and about 4Km West of the Ocean. The Perth suburb of Heathridge can be found between Ocean Reef Road (to the South), Hodges Drive (to the North), Mitchell Freeway (to the East) and the Marmion Ave (to the West). Neighbouring Suburbs are Ocean Reef to the West, Edgewater to the East Beldon to the South and Connolly to the North.

The older properties in Heathridge were built back in the early 1980’s. The earlier builds consist mainly of 3 and 4 bedroomed properties on large blocks, many over 800sq m. These homes are great for further development and renovations. As a result you are now seeing duplexes (when two properties have been built on the same block) and larger homes appearing in the suburb.

Heathridge is becoming more aesthetically pleasing than it was a few years ago. I was surprised at how nice this Perth suburb looked when I took a drive through to take some pictures for this website. With the average property price in Heathridge $245k, which is below the Perth median house price ($281k) the suburb is starting to bloom. Younger families are moving in. They want to live close to the coast and as house prices keep climbing, the price is becoming an important factor to buyers.

Younger families are starting to make their home in this Perth suburb. Current property owners are taking pride in the appearance of their homes and gardens which along with the proximity to the coast is making Heathridge a popular suburb to live in.

Residential accommodation for the over 55’s is currently being built at Admiral Mews.

Heathridge is a well established suburb with great access via Eddystone Road into Joondalup CBD(via access bridge which takes you over the Mitchell Freeway). From here you have access to some great shopping, work and a train link with parking facilities (Edgewater) into Perth.