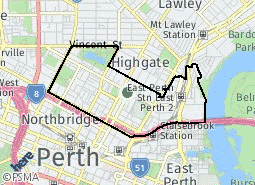 The oldest wine growing region in Western Australia, the Swan Valley is named after the Swan River.

‘The Darling Range’ divides the coastal plains of Perth from the farms that stretch all the way to the Goldfields.