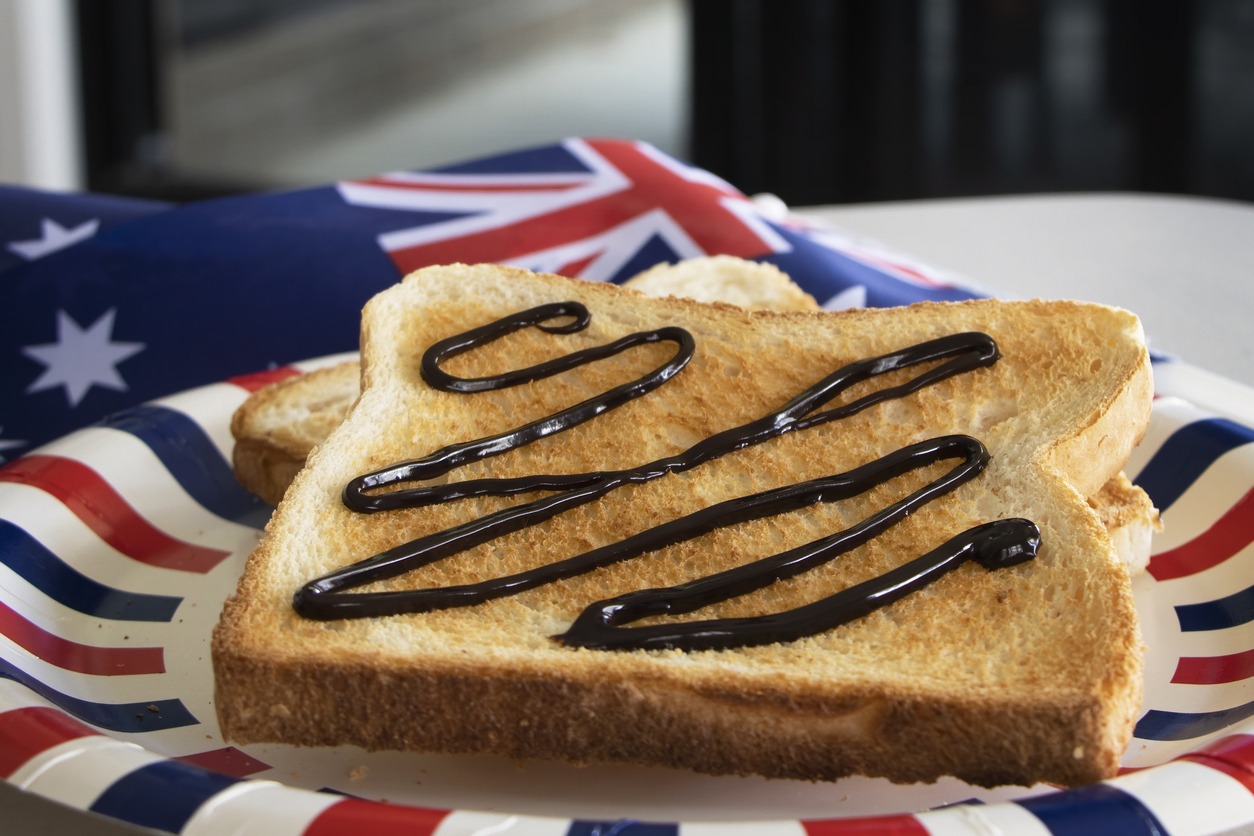 Vegemite (pronounced as veh-juh-mite) is Australia’s favorite spreadable paste. It is thick dark brown made from leftover brewers’ yeast extract (a by-product of beer manufacture) and various vegetable and spice additives. It is also a very richest source of Vitamin B.

Dr. Cyril P Callister created this very salty food spread, Australia’s leading food technologist during the 1920s and 30s, in Melbourne, Victoria, in 1922. A century after it was discovered, there are three types of Aussies: The Vegemite lovers, the Vegemite haters, and the Vegemite virgins.

Vegemite, being around for a century, is a staple spread for sandwiches, toast, crumpets, and cracker biscuits that have been a part of Australia’s history. Moreover, this popular Australian snack also has its history worth sharing; find out more about it below. 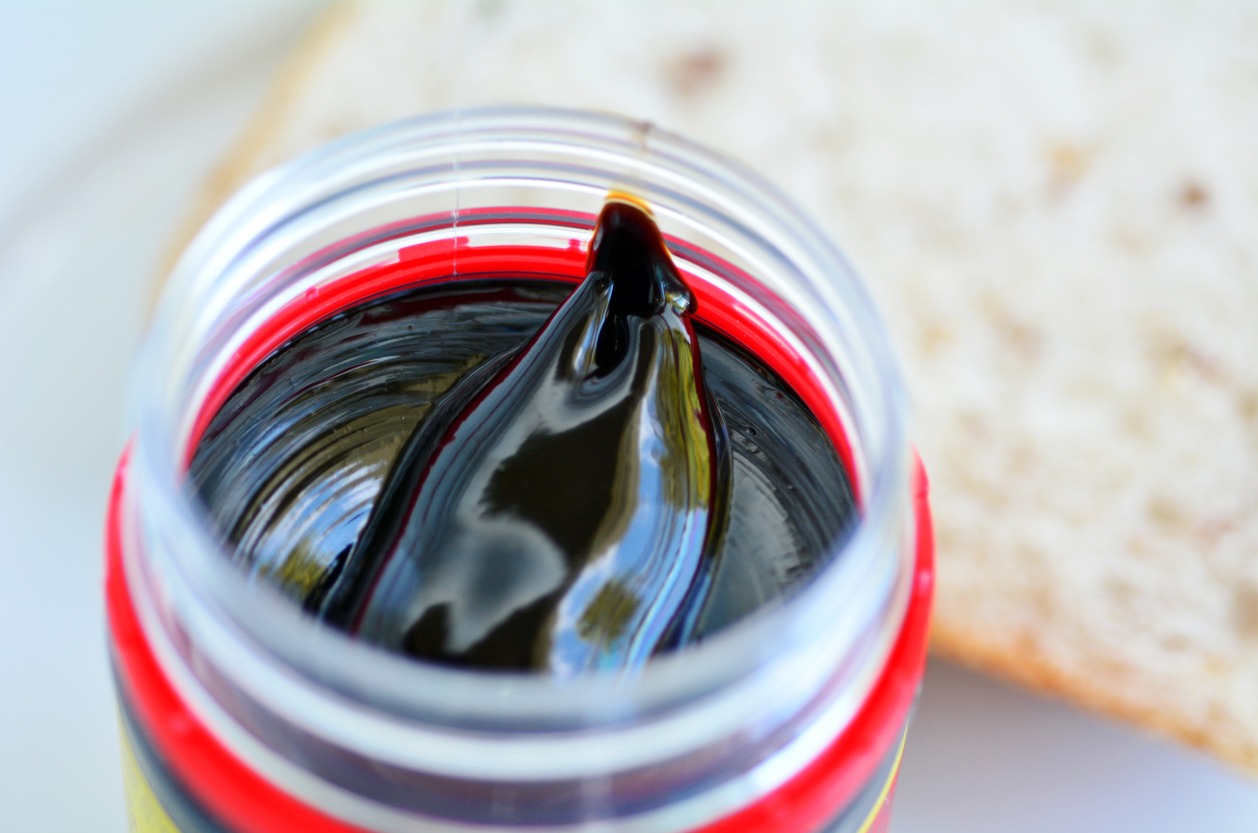 The Vegemite’s story started in 1922 when Fred Walker Company, which later became Kraft Food Company, hired a young chemist to develop a spread from one of the richest known natural sources in the Vitamin B group, the brewer’s yeast.

A national competition was launched in 1923 to give the spread its official name. Out of hundreds of entries submitted, Walker’s daughter Sheila pulled the winning name, VEGEMITE, out of a hat. The coiner was awarded a £50 prize; however, the winner’s name was not recorded.

The Vegemite spread graced the shelves of grocers Australia-wide in 1923. It was described and marketed as “Delicious on sandwiches and toast, and improving the flavors of soups, stews, and gravies.” However, Marmite, a dark English spread, was already dominating the Australian market, and Australians were reluctant to try the locally made product.

Due to poor sales of Vegemite, Walker renamed it in 1928 to ‘Parwill.’ Walker was very determined to outdo the success of Marmite. The logic was simple; “if Marmite …then Parwill.” However, his innovative marketing idea was not successful. The product failed to gain momentum across Australia. After years of perseverance, he finally changed the name to Vegemite in 1935, a brand that would later become an icon.

The Road to Success

While Walker was busy promoting Vegemite in 1925, he also worked with James L. Kraft’s firm based in Chicago, Illinois, to make processed cheese in Australia. Hence, a company called the Kraft Walker Cheese Co. was established as well as the Fred Walker and Co. Fast forward to 1935, Walker used the success of the processed cheese to launch a new campaign to revive the Vegemite.

To promote the Vegemite, the company launched a 2-year coupon redemption scheme wherein a customer gets a jar of Vegemite for free with every purchase of other products in the Fred Walker Cheese Company. So, Australians got to try the product and loved it!

That same year, the recipe and manufacturing were sold to Kraft Foods and wholly-owned and made by American companies.

The product was again brought into the national spotlight two years later when the company held a poetry competition. Prizes include imported American Pontiac cars. The campaign was successful, the entries flooded, and the sales multiplied.

Endorsement from the BMA

In 1939, Vegemite received a product endorsement from the British Medical Association (BMA) and got advertised in the British Medical Journal. With the BMA promotion, health professionals have started recommending Vegemite as a Vitamin B-rich, nutritionally balanced food for patients.

As a result, Vegemite became a staple food found in every Australian home by 1942.

During World War II, the Vegemite was included in the rations for soldiers, sailors, and the civilian population. For soldiers, Vegemite came in three sizes: seven-pound tins for a platoon, eight-ounce tins for on-the-go soldiers, and half-ounce rations for those behind enemy lines. Because the army was buying in bulk, the civilians were limited. In order to explain the situation, these advertisements were run:

“Vegemite fights with the men up north! If you are one of those who don’t need Vegemite medicinally, then thousands of invalids are asking you to deny yourself of it for the time being.”

The Unofficial National Anthem of Australia

Every Australian knows the unofficial national anthem, ‘Happy Little Vegemites,’ written by J. Walter Thompson, which first aired in 1954. Kraft Foods originally had the ad on the radio sung by three energetic youngsters; two years later, they turned this song into a TV Campaign to which every Aussies enjoyed singing along.

We are happy little Vegemite as bright as bright can be,

We all enjoy our Vegemite for breakfast, lunch, and tea,

Because we love our Vegemite,

We all adore our Vegemite,

It puts a rose in every cheek!

In the 80s, the iconic commercials were colorized and broadcast to a new generation of Australians. In 2010, it was brought out again, reminding the nation of their favorite brand.

The Vegemite brand has been embraced with an amount of love like no other brand. Although there have been attempts to recreate the flavor in some products of Kraft Foods, they did not last that long in the market. In the 90s, Vegemite Singles combined Kraft Singles (cheese) and Vegemite to recreate the famous Vegemite and cheese sandwiches created throughout Australia. However, this was taken off the market soon. In 2011, a unique milder taste suitable for children under one year called ‘My First Vegemite’ was introduced but was soon taken off the market too.

The world may constantly be changing, but one thing that remains the same is VEGEMITE spread’s recipe. It is loved by children, teenagers, and adults in Australia and overseas. It is still consumed by Australian troops overseas. Australian travelers still carried them in their suitcases and backpacks as a small reminder, and a small taste, of home.

Over 22 million Vegemite jars are sold yearly because no other concentrated spread is so full of Vitamin B and nutrients.

The Vegemite spread can be enjoyed in many ways, not just limited to toast and crackers. What is your favorite Vegemite recipe? Let us know in the comments below.