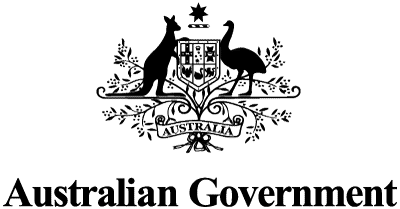 The responsibility is shared between a single national authority and several state (or regional) authorities.

So Who Does What?

The National level of governance looks after national concerns such as:-

The State level looks after state concerns such as:-

NB: The National and State governments are not necessarily led by the same political party and they are not elected all at the same time.

For example prior to the National elections in May 2008 the Liberal Coalition where leading the National parliament whist the Labour Party where managing parliament at a State level in WA.

Since John Rudd’s victory for Labour at the National elections we had Labour party in parliament at both State & National level.

What are the main political parties in Australia?

The main political parties represented in the House of representatives are:-

The Government at National Level

Following an election (which must be held at least every three years) The Government is formed from the party with the majority vote in the House of Representatives.

What is The House of Representatives?

The House of Representative is also referred to as the house of government, the peoples house, the lower house or the green chamber and is made up of men and women elected to represent the people in one of Australia’s 150 electorates.

The boundaries of these electorates are adjusted from time to time so that they all contain approximately equal numbers of electors—because of the distribution of Australia’s population they vary greatly in area (from a few square kilometers to over two million square kilometers).

What is The Senate?

The Senate is also known as the upper house, the states’ house and the red chamber.

The Senate is made up of men and women elected to represent the people in one of Australia’s six states or two territories. These parliamentarians are known as senators. There are currently 76 senators.

Candidates for the Senate stand for a State or Territory. It is a Constitutional requirement that each State be equally represented regardless of its population.

The Senate has virtually equal power to make laws with the House of Representatives.

What does the Senate do?

The Senate can make almost any kind of national law. It also acts as a ‘house of review’, or a check on the government. It does this in three main ways.

So How Does the Voting Work?

Unlike in the UK in Australia if you are a citizen and over 18 years old then it is compulsory that you vote.

The run up to polling day was not that different to how I remember in the UK, you get inundated with literature through the post and politicians knocking on your door.

One thing that was different is that you don’t get a polling card through the post, you just rock up to your local polling station.

When you enter the polling station your name is checked of on a list and you are given two ballot papers.

Members elected by proportional representation, so that its composition closely reflects the voting pattern of the electors.

On the Senators ballot paper you can vote in one of two ways. You can either mark a one in the box of your preferred party and leave all the other box’s empty

You can mark each box in order of preference. If you choose to mark the paper in this way then it is important that you put a number in every box and do not use ticks, crosses or duplicate any numbers.

Ballot Papers in hand you go to your little voting booth and mark each ballot paper with your choices put them in the relevant ballot box and that’s it, all done.

Don’t worry if you haven’t a clue what to do as there are polling officials at the polling station who will be able to assist you.

What if you don’t turn up and vote?

You are also advise that if you do not wish the matter to be dealt with by court, you may, either;

If you choose for the matter to be dealt with in court and found guilty, you may be fined up to $50 plus court costs.