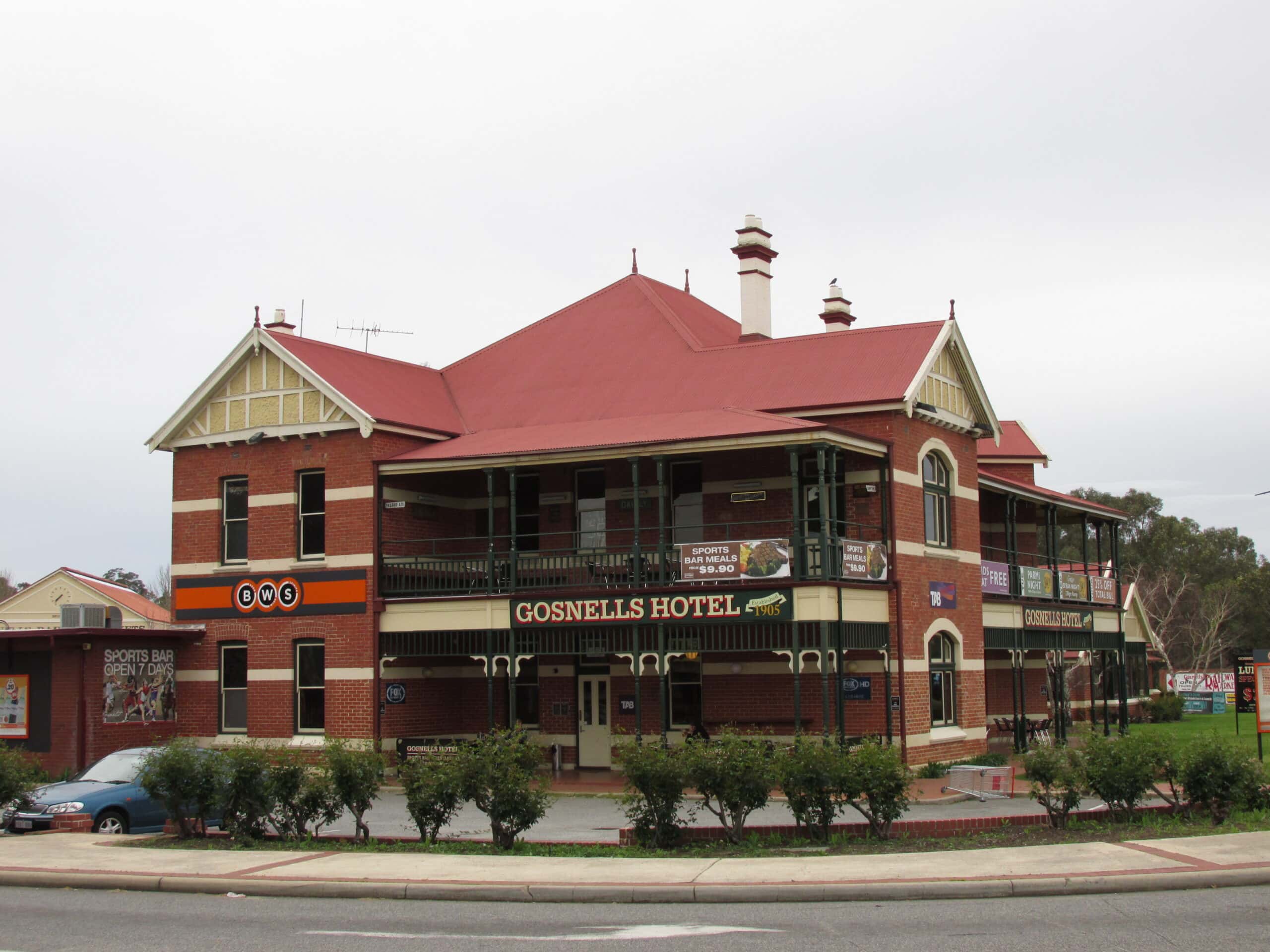 Gosnells is located close to the Hills

Gosnells is a pleasant blend of urban and rural lifestyles and is rich in historical buildings and museums which reflect the lifestyles of the early pioneers.

An inland suburb much close to the Darling Range (the spine of Australia?s biggest regional park, where hills, bush, streams and waterfalls can be explored along old railway routes) and a 30 min drive to the nearest beach.

Access to Perth is via the Albany Highway while the Tonkin Highway will take you to the Northern Suburbs. Regular train and bus services are available with a commute on the train being about 30 mins into Perth.

The suburb’s name comes from Charles Gosnells, a director of the Gosnells Perfume Factory of London, who bought much of the area in 1862.

European settlers were attracted to Gosnells back in 1829 by the rich soils and the proximity of the Canning River.

Gosnells was turned into a townsite with 8000 sqm lots in 1902 when the Gosnells Estate Company purchased the land of the heirs of Charles Gosnells.

At the time it was an area of orchards, market gardens, nurseries and poultry farms. However, following the end of the second world war, the post war migration led to rapid residential development in the area.

Much of the development occurred during the 1960’s and 1970’s and has taken place between the Southern and Canning Rivers. Property is typically a detached single story brick and tile home built on a good sized block.

You can still find the odd semi rural property but these are becoming rare, as many of the older homes are being replaced with unit developments. That said in the 2006 census 87 percent of the homes in the area where still detached.

Since 1998 the City of Gosnells has been engaged in a major revitalisation of the town centre which have included a new town square and train station. It is estimated that almost $1.5 billion will be spent on development in the City over the next decade.

Gosnells is an affordable area to buy property and it is a popular area with the first time buyers and investors. Land is also an affordable option with smaller lots being available for less that $150,000.

Gosnells has several large parks that provide facilities for a family day out. Along the Southern River we have John Oakey Davis Park and Pioneer Park, both provide picnic facilities while Mary Carroll Park is set up for lakeside BBQ’s.

There is a cycle path that runs along the side of the river for several kilometres.

There are also wildlife parks, Gosnells Railway market which is held Thursday to Sunday and features around 100 stalls, food hall and a unique collection of railway memorabilia and wineries, which, as well as being the venues for tasting wine, are the perfect place to enjoy a morning or afternoon tea or a meal.

The Gosnells Hotel, which is an old Federation building is where you can find a nightclub and the Odgens Bar & Grill restaurant.

Other restaurants can be found at the Gosnells commercial district on the Albany Highway, there is a selection of different cultures including Indian, Chinese and Italian.

There are supermarket, cafes and takeaways along with other speciality shops at the commercial district on Albany Highway or if you are wanting something special there is the Centro Maddington and Thornlie Square shopping complexes.

The Mason and Bird Heritage Trail follows part of the old timber tramway.
Many historical buildings remain, reflecting much of WA’s history, Liddlow Homestead (rebuilt in 1883) at Kenwick Park is today an Arts and Crafts Centre.

Orange Tree Farm – the 1912 Wilkinson Homestead – is Gosnells’ local history museum. Where you can see a collection of vintage machinery. The surrounding park with river access and BBQ facilities is popular for family days out.