Perth is the capital city and largest city of Western Australia. Having a population of almost 2.1 million residing in Greater Perth, the beautiful city is the core of a metro area that contains almost three-fourths of the city’s population.

Perth is an industrialized paradise amid Western Australia’s enormous wilderness, which is most people adore. Art museums, outdoor brewers, laid-back neighborhoods, and huge festivities coexist perfectly in this city.

The city of Perth has grown from the ancient British settlements located in the Swan River, which is home to the city’s main financial industry and the ports of Fremantle. The city is built on land where the Whadjuk Noongar, a native people of Western Australia’s southwest, resided for a rather rough guess of approximately 50,000 years.

The city is known for its diverse manufacturing companies. Among the several manufacturing industries in the city are aluminum, cement, paint, rubbers, sheet metal, steel, and many more. Aside from that, there are various facilities for petroleum and food manufacturing businesses. The tourism industry has grown in prominence, particularly after America’s Cup sailboat competition was held in Fremantle in 1987.

Other than these, Perth is also home to many famous actors and actresses like Heath Ledger, Melissa George, and many more! Keep reading to know more about the Famous Actors from Perth, Australia. 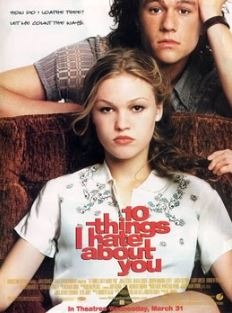 Heath Andrew Ledger was a famous Australian actor, music video director, and photographer born in April 1979 in Perth, Western Australia. His mother is Sally Ramshaw, a French teacher, and Kim Ledger, a mining engineer who also engages in car racing. Heath Ledger has appeared in Batman: The Dark Knight, The Imaginarium of Doctor Parnassus, Ned Kelly, 10 Things I Hate About You, and a lot more.

Heath felt that Sydney was the city where hopes and visions were built, or at the very least, where performers might get their breakthroughs. For most people in Australia, Sydney is a definition of pop culture. Heath attempted almost everything to get an acting job after arriving in the city with a mere sixty-nine cents.

Heath was a gifted actor, but the rest of the group did not recognize it. When handsome, twenty-year-old celebrity Heath Ledger first emerged to the public spotlight in 1999, it became too effortless to dismiss him as a “gorgeous boy” and a shallow performer. He spent several years constantly attempting to change this image, and yes, he proved those people wrong.

Melissa George, a successful actress, was born on August 6, 1976, the second-born of four children. Melissa’s mother works as a nurse, and his father is in the construction industry. Melissa originally displayed interest in different forms of dance instead of acting. She trained in ballet, jazz, and tap dancing during her childhood before making her career as a professional rollerskater, like an ice figure skater.

At a young age, specifically at 16 years old, George already won multiple awards at the National Rollerskating Championships in their country. She quit school and started her career as a model. George encountered a casting agent during her modeling career and was cast in the iconic Australian TV show Home and Away.

George relocated to Sydney and remained on the show for three years before leaving to seek bigger projects and other opportunities. George moved to Los Angeles from Sydney, Australia, in 1996 to pursue bigger roles.

In the 2000s, George appeared in many US television shows, such as Friends and Monk, before landing a recurring character on the blockbuster hit, Alias.

Dacre, a famous actor, known for his role as Billy in Stranger Things, was born in Perth, Western Australia, on November 22, 1994. His mom is of Australian-Canadian descent, and his dad is of New Zealander descent. Both Dacre’s mother and father were in the film industry when he was born.

Growing up, Dacre spent lots of time on movie sets, wherein he acquired a passion for acting. Dacre was admitted into WAAPA for a three-year Bachelor of Arts in Acting program.

Better Watch Out, a movie that came out last 2016, marks his acting debut in the US picture and also his first big film credit, despite being shot in his home country, Australia. 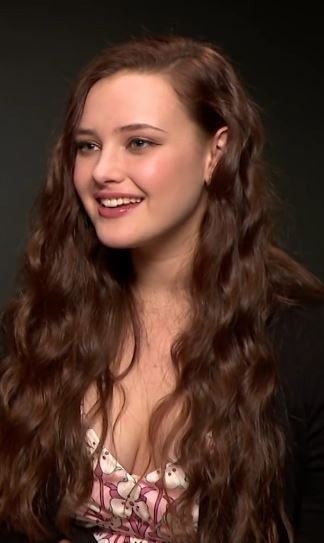 Katherine Langford is another well-known Australian actress born and raised in Perth, Western Australia. She is the oldest child of pediatrician Elizabeth Langford and flight doctor Stephen Langford.

She is best known for her role as Hannah Baker in the 2017 Netflix series, 13 Reasons Why, a TV show adaptation of the novel of the same name. She was one of the nominees for a Golden Globe Award because of her character in this show. Aside from 13 Reasons Why, Langford starred as Leah Burke in the rom-com movie Love, Simon in 2018.

Langford was eager to become an actress after she graduated from high school. Unfortunately, she was turned down by almost all acting schools she applied to because she was way too young and did not have enough experience in the real world. As a result, she began taking acting lessons and workshops in Perth.

Daughter, an independent short film, was the first film wherein Langford starred Langford as the main character. Langford auditioned for a role in the Netflix TV series 13 Reasons Why and successfully got a part in the show. She has gained widespread applaud for her role as Hannah Baker, an American high school girl, in 13 Reasons Why. 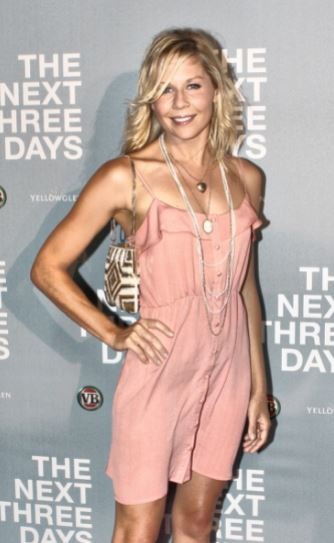 Edgley was born in Perth, Western Australia. She is the daughter of Michael Edgley, a music and circus organizer, and Jeni Edgley, in charge of a 250-acre wellness retreat center.

Growing up, Gigi Edgley was a performer both within and outside of school. She also studied ballet, character dance, and jazz for numerous years. Edgley had a strong interest in performing and landed her first professional musical role at the Twelfth Night Theater.

In 1998, she graduated from Queensland University of Technology with a Bachelor of Arts degree. She started performing regularly on Australian television in 1999.

Gigi has acquired a diverse set of talents and experiences for her roles. She is most well-known for her portrayal of Chiana in the science fiction television series Farscape released in 1999, wherein she was hired for supposedly one episode only.

Her character in Farscape was meant to die at the end of the episode. However, the producers opted to keep her character for several more episodes. After that, Edgley was promoted to be one of the show’s regulars.

Edgley is also known for her roles in BlackJack: Murder Archive, The Secret Life of Us, and Newcastle.