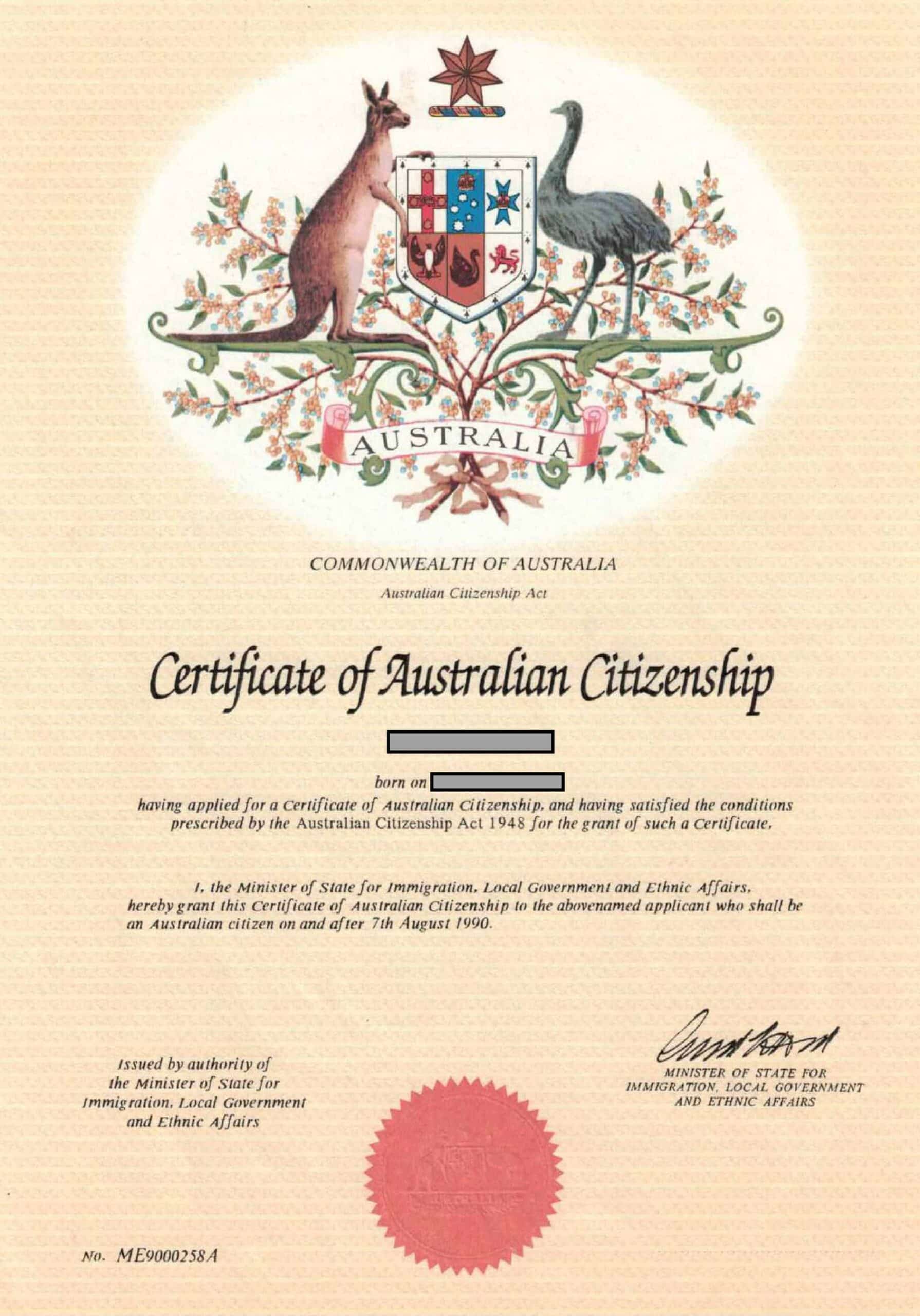 We started the process several months back, in October 2003. That was when it had been two years since we migrated to Perth. (actually it started 3 weeks after our 2 year anniversary because they add on all the time you have spent outside of Australia onto your 2 year waiting time).

There are six steps to becoming an Australian Citizen:-

By becoming a citizen of Australia you will gain the following rights:-

You will also be responsible for fulfilling the following responsibilities:

On the day of our citizenship interview we turned up to the department bureau for citizenship and immigration services with passports and visa in hand and waited our turn. We had to take our birth certificate, passport, and evidence of permanent residency in Australia. We also had to take with us a passport size photograph which had been signed by an authorized person who has know you for at least a year (we asked our accountant).

During the interview you will:-

We completed the on-line application form answering all the questions and lodged the application complete with fee of $120. We then waited to hear from the department bureau for citizenship and immigration services.

We were sent a letter from the department for citizenship and immigration services to let us know the date of the short interview we were required to attend. At the interview we would be asked about our rights and responsibilities as an Australian Citizen so a little preparation was required so that we would know the answers to the questions we would be asked.

From the date of application to receiving the letter with the interview date took around 2 – 3 weeks. Our interview was 8 December.

When you attend your citizenship ceremony you can take up to 2 guests with you. Gareth and I chose to go on our own. I would have liked to have taken my Dad and Step Mum as they will be in Australia for a holiday at the beginning of March. Unfortunately they arrive a few weeks too late. We will have to have a late celebration with them.

The final stage of the citizenship process was to attend a ceremony at the Chamber of Commerce in Joondalup where we joined 75. We all went forward in small groups to take Oath and Affirmation. (Although Queen Elizabeth was not in attendance there was a picture of her present)

“From this time forward, (under God, (optional))
I pledge my loyalty to Australia and its people,
whose democratic beliefs I share,
whose rights and liberties I respect, and whose ;
laws I will uphold and obey.”

Following our Affirmation we received our Citizenship Certificate. This is an important document as it is proof that you are an Australian citizen.

We were also required to complete an electoral enrolment form so that we can be entered onto the electoral register and vote. In Australia it is a legal requirement to vote if you are over 18.

Australians all let us rejoice,
For we are young and free;
We’ve golden soil and wealth for toil;
Our home is girt by sea;
Our lands abound in nature’s gifts
Of beauty rich and rare;
In history’s page, let every stage
Advance Australian Fair.

Beneath our radiant Southern Cross,
We’ll toil with hearts and hands;
To make this Commonwealth of ours
Renowned of all the lands;
For those who’ve come across the seas,
We’ve boundless plains to share;
With courage let us all combine
To Advance Australian Fair,
In joyful strains then let us sing
Advance Australian Fair.

Then it was a glass of wine or beer a buffet and the chance to chat with the other people who became citizens at the same time as we did. I was amazed at the number of different countries people had migrated from. It was a memorable evening and I am proud to be an Australian citizen.

To when will they be having the daylight saving referendum???

To us becoming citizens of Australia was an important part of our migration to Australia. Many people never take up the opportunity of citizenship (more than 900,000 permanent residents who are eligible for citizenship are yet to make the pledge).

In my own personal opinion if you intend to live your life in Australia and have your family in Australia then becoming an Aussie Citizen is an opportunity not to be missed. You get all the rights and responsibilities of those who are Australian by birth and will not need to worry about organizing the necessary visa to travel out of Australia.