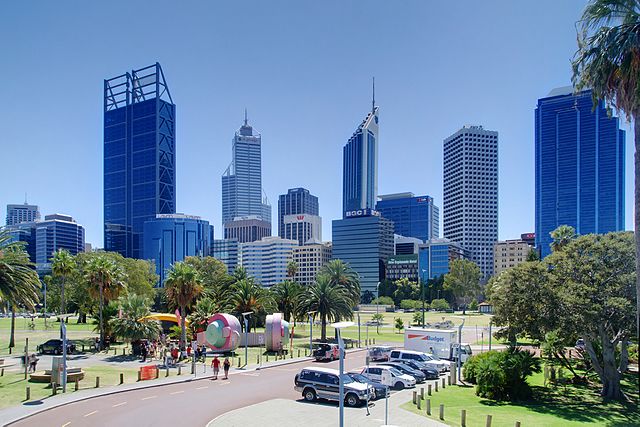 If one moves to Australia on a permanent residence visa, upon arrival he is deemed to become an Australian tax resident. One is also deemed to have acquired all assets, foreign and domestic on the day he arrived in Australia.

Australia taxes all permanent residents for tax purposes on all their worldwide income, regardless of source.

Most migrants are really fortunate that Australia does have treaties for the avoidance of double taxation with most countries where migrants move to Australia from. This means that the Australian taxation office (ATO) will give one a credit for a tax paid where a double tax treaty exists.

Are There Special Taxes for Immigrants to Perth?

Perth is the capital and largest city of the Australian state of Western Australia (WA). It is the fourth most populous city in Australia and Oceania, with a population of 2.1 million (80% of the state) living in Greater Perth in 2020.

Perth is part of the South West Land Division of Western Australia, with most of the metropolitan area on the Swan Coastal Plain between the Indian Ocean and the Darling Scarp.

The city has expanded outward from the original British settlements on the Swan River, upon which the city’s central business district and port of Fremantle are situated. Perth is located on the traditional lands of the Whadjuk Noongar people, where Aboriginal Australians have lived for at least 45,000 years.

The city’s population increased substantially as a result of the Western Australian gold rushes in the late 19th century. It has grown steadily since World War II due to a high net migration rate.

Post-war immigrants were predominantly from Britain and Southern Europe, while more recent arrivals have led to a large population of Asian descent.

To date, one may immigrate to Perth for a variety of reasons such as to escape a violent conflict, environmental factors, educational purposes or to re-unite with family but most importantly the sunny weather, high quality of life, and also Western Australia’s job opportunities.

If you’re an Australian resident for tax purposes, you must declare all income you earned both in Australia and overseas on your Australian tax return (even if you’ve already paid tax on it overseas).

If you’ve paid foreign tax on income in another country, you may be entitled to an Australian foreign income tax offset.

Are you an Australian resident for tax purposes?

Generally, considerations to be an Australian resident for tax purposes are as follows :

The resident tax rates 2021–22 based on the Australian Government, Australian Taxation Office are as follows:

An immigrant should not be discouraged in relocating to Perth despite paying the same taxes as regular resident.

Income Tax is charged on the income you receive for example, your salary and wages (personal earnings), business income or investment income (capital gains). If you own a company you will be taxed at a flat rate of 30% where as individual tax payers are taxed at progressive rates. When it comes to Capital gains, you are usually only subject to tax at the time the gain is cleared.

If you are a new tax payer in Australia it is important to know that the financial year for Australia runs from 1 July to 30 June the following year and the Australian Taxation Office collects the Income Tax for the Government of Australia.

One can immigrate to Perth, pay taxes and enjoy life to the fullest in the world’s 21st best city to live in – according to Mercer’s 2016 Quality of Living survey. Australian cities have been rated highly as some of the safest places in the world.

Perth is good for immigrants, it offers one of the highest standards of living in the world, and yet is more affordable than many other study destinations. International students receive a 40 percent discount on all public transport and buses within Perth’s city center are free for everyone.